Is it Better to Exchange Money in the U. S. or Europe?

Is it Better to Exchange Money in the U.S. or Europe? 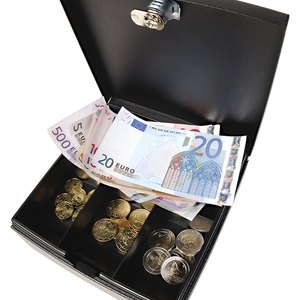 Traveling to Europe means changing currency. Seventeen European countries use the euro; the United Kingdom (England, Scotland, Wales and Northern Ireland) use the pound sterling. Iceland, two Nordic countries (Denmark and Sweden) and many countries in central and Eastern Europe still use local currencies. In general, exchanging money in Europe is better than doing so in the U.S.; however, having a small amount of local currency in your wallet when you land at the airport makes sense.

The primary ways to exchange money are to use your credit or debit card to make purchases, use ATMs to get local currency or take dollars to banks or exchange businesses in the U.S. or Europe to change into local currency.

The lowest currency conversion rates (2 to 3 percent) typically happen when you use your credit card or branded debit card (Visa/Mastercard/Amex) to make purchases. That’s one reason why waiting until you arrive may be more cost-effective than changing money in the U.S. However, many credit card issuers also charge international transaction fees. Your issuer can tell you this before you leave; be sure to add this when determining the cost of converting your money. Although using a credit card for purchases is a lower-cost option, using one to get cash is expensive; in addition to ATM fees, international transaction and conversion fees, you will receive a cash advance fee.

Another way to change money within Europe is to use your ATM card to get cash. Generally the rate is more favorable than using a bank teller, but not as favorable as using a credit card for purchases. Some large U.S. banks, such as Bank of America, have international partners so there’s no fee for using ATMs at partner banks. Other banks may allow some fee-free transactions at ATMs in foreign countries. You can find out your bank’s fee structure and conversion rate for ATMs before you leave.

Even if you want to exchange cash, it’s generally better to do so in Europe. An exception would be if you believe the dollar’s price will drop sharply while you’re gone and you want to exchange before you go. Bank rates will vary and are on display in the street windows or near the teller window. To compare, look at the rate at which banks are buying U.S. dollars. Because banks offer better rates than exchange companies, such as those at train or plane stations, you may want to exchange a small amount in the U.S. so that you will have some cash on hand, especially if your bank charges high ATM fees.

Read Post  Is It Safe to Travel to Europe Right Now?

Randi Hicks Rowe is a former journalist, public relations professional and executive in a Fortune 500 company, and currently a formation minister in the Episcopal Church. She has been published in Security Management, American Indian Report and Tech Republic.She has a bachelor’s in communications, a master of arts in Christian education and a master of business administration.

Travelers should act now to capitalize on a strong dollar for trips abroad, says travel editor: ‘Don’t be too greedy’

The value of the U.S. dollar has been at its strongest in years relative to many major global currencies of late— meaning travelers can buy more overseas than in the recent past.

Put another way, Americans are effectively getting a discount on hotels, car rentals, tours and other goods and services denominated in many foreign currencies.

But it’s unclear how long the good times will last. Some may wonder: Should I act now to lock in a favorable exchange rate?

“You could hedge and wait to see if things improve, but that could backfire,” he added. “Don’t be too greedy; accept the fact this is a very strong position.”

Here’s what to know and how to take advantage.

‘Now is a good time to buy foreign currency’

Just how much of a discount are travelers getting right now? Let’s look at the euro as an example.

The euro — the official currency for 19 of the 27 European Union members — has been falling in value over the last year or so and hit parity with the U.S. dollar on July 13, for the first time since 2002. Parity means the two currencies had a 1:1 exchange rate.

Americans were still getting a roughly 13% discount from a year ago as of market close on Tuesday, despite a slight rebound off that multi-decade low.

“The exchange rate right now is ridiculous,” Charlie Leocha, chairman of Travelers United, an advocacy group, said of the euro’s depressed level. “It makes everything in Europe that used to be expensive not that expensive.”

But the dollar’s strength is broader than just the euro.

For example, the Nominal Broad U.S. Dollar Index gauges the dollar’s appreciation relative to currencies of the U.S.’ main trading partners, like the Canadian dollar, British pound, Mexican peso and Japanese yen in addition to the euro. It’s up more than 9% in the last year.

Read Post  Is It Safe to Travel to Europe Amid the Coronavirus Outbreak? Experts Weigh In

Further, the index is around its highest point dating to at least 1973, according to Andrew Hunter, senior U.S. economist at Capital Economics. There’s one exception: the period from March to May 2020, when international travel was largely inaccessible due to the Covid-19 pandemic.

Why the U.S. dollar has strengthened

The strength of the dollar is largely attributable to three factors, Hunter explained.

Perhaps the most consequential is the U.S. Federal Reserve’s campaign to raise interest rates (i.e., borrowing costs). The central bank has been more aggressive than others around the world, Hunter said; the dynamic creates an incentive for international investors to keep funds in dollar-based assets since they can generally earn a higher return.

Further, a surge in oil prices this year hurt the growth prospects in some developed countries (especially in Europe) relative to the U.S. And economic uncertainty (due to factors like inflation and recession fears and the war in Ukraine) has led investors to flock to safe-haven assets like the U.S. dollar.

While the U.S. dollar will likely remain strong for another six months or so, it’s likely at or near its peak relative to other major currencies given prevailing economic dynamics, Hunter said — with the caveat that currency moves are notoriously difficult to predict.

“You’ve always got the uncertainty of what will happen in the future,” he added. “The dollar could strengthen even further, but it could fall back.”

Pay in advance to lock in low exchange rates

Of course, this isn’t all to say Americans will reap financial rewards the world over.

But tourists planning or considering a trip to a country where the dollar is historically strong can lock in that favorable exchange rate by booking a hotel, rental car or other service today instead of deferring the cost, according to travel experts.

This is especially worthwhile for those with a trip at least three months away, Leocha said.

Be aware: In some cases, you may owe an additional foreign-transaction fee for a credit-card purchase overseas. Some travel cards eliminate these fees, though, which generally amount to 3% of the purchase price, Leocha said.

Fees may depend on where the company you’re transacting with is based. There isn’t a foreign transaction fee if the purchase is through a third-party U.S. entity like Expedia, but there often is one if booked directly through a foreign entity like the actual hotel, Leocha said.

When to convert cash for a trip abroad

Travelers can also convert cash ahead of a trip but should generally only do so if the trip is several months away, according to travel experts.

That’s because providers like banks typically offer less generous exchange rates — meaning a customer may be better served by waiting until arriving at their destination country and making purchases with a credit card, especially if it doesn’t carry a foreign transaction fee.

While abroad, merchants may offer travelers the choice of making a purchase “with or without conversion” or according to some similarly worded prompt. Travelers should decline that conversion offer — meaning they should opt to do the transaction in the destination currency instead of convert that price into dollars —in order to get the best exchange rate, experts said.

Travelers who’d prefer to convert to cash can hedge their exchange-rate bets by converting half their estimated expenditure now and waiting until later (or their arrival) to covert the rest, Freeborn said.

Euro card in the UK

Available in the UK and 30+ other countries. See availability

Save money when travelling to Europe.

How does a euro card work?

The Wise debit card is like having your euros on a card – it lets you send and spend money around the world at the real exchange rate.

Avoid hidden fees in the exchange rate while withdrawing from millions of ATMs abroad, paying in restaurants and shops, and buying your accommodation and flights.

You can hold up to 50+ currencies at once, and convert them in real time with the free Wise app. Benefits of the Wise euro card.

Why get a euro currency card from Wise? We’re up to 15x cheaper than high street debit and credit cards.

We asked an independent research agency to compare our travel money card to 21 banks worldwide. Here’s how we compare to UK current accounts for managing your money abroad.