Is it safe to travel to eastern Europe right now? We asked the experts

Is it safe to travel to eastern Europe right now? We asked the experts 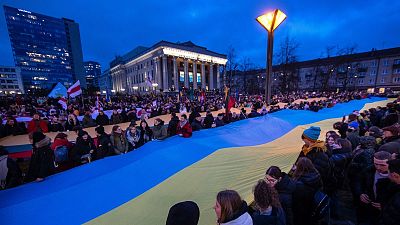 People carry a giant flag of Ukraine to demonstrate against Russian attacks in Ukraine at Independence Square in front of the Parliament Palace in Vilnius, Lithuania – Copyright AP Photo/Mindaugas Kulbis

As the Russia-Ukraine war approaches a grim one-month milestone, people are continuing to feel uncertain about travelling to neighbouring countries. But are these concerns justified?

Hours after the invasion, the EU Aviation Safety Agency (EASA) warned airlines against flying over Ukraine, Moldova and parts of Belarus and Russia. Over the following days, airspace bans and sanctions solidified in Europe – and Russia retaliated – changing the scope of global air travel significantly.

Readers planning to travel to eastern Europe shared their concerns with us. And travel agents are still reporting a ‘nervousness’ around booking holidays more generally – dampening experts’ predictions for a travel boom in 2022.

A recent survey carried out by travel agency MMGYGlobal found that the war in Ukraine is now twice as likely as Covid to impact Americans’ plans to visit Europe. 62 per cent of respondents were concerned that the invasion would spread to nearby countries, while 47 per cent intend to wait to see how the situation evolves before booking a holiday.

Weeks on from the invasion, and EASA has had no cause to extend their Conflict Zone Information Bulletin (CZIB) to other countries. So does that mean it’s safe to travel in the wider region?

Here we answer your questions on travelling in Europe, based on the latest information from travel bodies and the UK foreign office.

How does the EASA decide which countries are safe to fly over?

The regulator is sharing their assessments on airspace around Ukraine via the Conflict Zone Information Bulletin (CZIB), published here. The 24 February update warns against travelling over the region of Chisinau in Moldova, and Minsk, the capital of Belarus.

It also recommends that air operators exercise caution over Moscow and the southern Russian city of Rostov “due to heightened military”, which could include launching mid-range missiles into controlled airspaces.

EASA takes into account all available intelligence information when updating the CZIB, a spokeswoman told Euronews Travel, working closely with the European Commission and the European Organisation for the Safety of Air Navigation – known as Eurocontrol.

The safety agency has had another CZIB in place over eastern Ukraine since 2016, following the shooting down of Malaysia Airlines flight MH17 in 2014 during an earlier point in the Russo-Ukrainian conflict.

Which countries have banned Russian planes?

Ukraine, Moldova and Belarus are the only countries to have stopped commercial flights leaving or coming into their borders.

Euronews Travel has contacted all the airlines that fly to Ukraine and surrounding countries. Their responses are in this article, which we are keeping updated.

Is it still safe to fly to bordering countries like Poland and Hungary?

Yes, it is still safe to travel to Poland, Hungary and Slovakia, but always check the latest advice before you go. Poland is currently receiving a large number of Ukrainian refugees across its borders, so tourists planning to visit the country should book their accommodation in advance. Areas of Poland close to the Belarusian border are also closed.

“Hungary remains a safe country, and life continues as normal here. The Hungarian Government is doing its utmost to avoid involvement in the war, and to preserve the safety of both the residents of Hungary and the tourists who visit,” a spokesman from the Hungarian Tourism Agency told CNN travel.

There is no change in UK foreign office advice about visiting Poland and Hungary, except to note that Russian military strikes have taken place in Ukraine within 20km of the Polish border. But it’s understandable that tourists, business travellers and those trying to reconnect with family and friends have concerns.

Here are our answers to the questions you asked on Euronews Travel’s Instagram.

“I’m going on a trip to the Baltics in a few days. Starting in Estonia and Lithuania. Safe?”

Airlines are still flying on schedule in and out of the Baltic states – Estonia, Latvia and Lithuania – meaning aviation experts consider it safe to do so.

Ex-Soviet nations and NATO members have deployed troops to bolster their borders with Russia and Belarus.

There’s no sign this will affect travel between the Baltics or from other destinations, but tensions in the region are high. 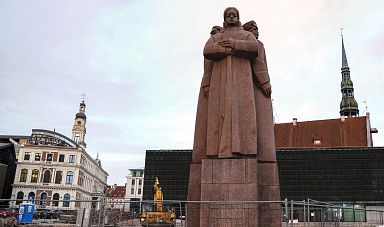 “I fly to Vilnius in a week, I’m concerned about flying over Belarus – what should I do?”

Lithuania declared a state of emergency on 24 February in response to the Russian invasion of Ukraine.

If you are visiting the country you are now required to carry photo ID at all times and must present it to law enforcement officials upon request.

Spot checks may be in operation at border crossings too, but the UK foreign office is not advising against travel to Lithuania, so it is thought to be safe to visit.

“I’ve got a Baltic cruise booked, is it still safe to go?”

Many cruise ships have had to alter their routes in response to the war. Baltic cruises have been particularly affected, as many liners usually stop in St Petersburg.

“In light of the recent attacks by Russia in Ukraine, Princess Cruises is modifying itineraries on 24 cruises that call in St Petersburg, Russia with alternative ports,” Princess Cruises said in a statement.

“Replacement ports will vary by itinerary, including popular destinations such as Stockholm, Sweden (overnight call); Visby, Sweden and Gdansk (Gdynia), Poland. Guests can remain booked on their long-awaited cruises, and have the opportunity to visit medieval architecture, world famous landmarks and natural beauty on these Northern Europe cruises.”

“We have cancelled all 2022 departures of our Russia river itineraries – and will replace scheduled stops in Russia for all 2022 ocean itineraries,” said a spokesperson.

Read Post  How Much Does it Cost to Travel? 3 Months Traveling Europe on a Budget

A list of cruise companies which have altered their itineraries can be found here.

Many or all of the products here are from our partners that pay us a commission. It’s how we make money. But our editorial integrity ensures our experts’ opinions aren’t influenced by compensation. Terms may apply to offers listed on this page. 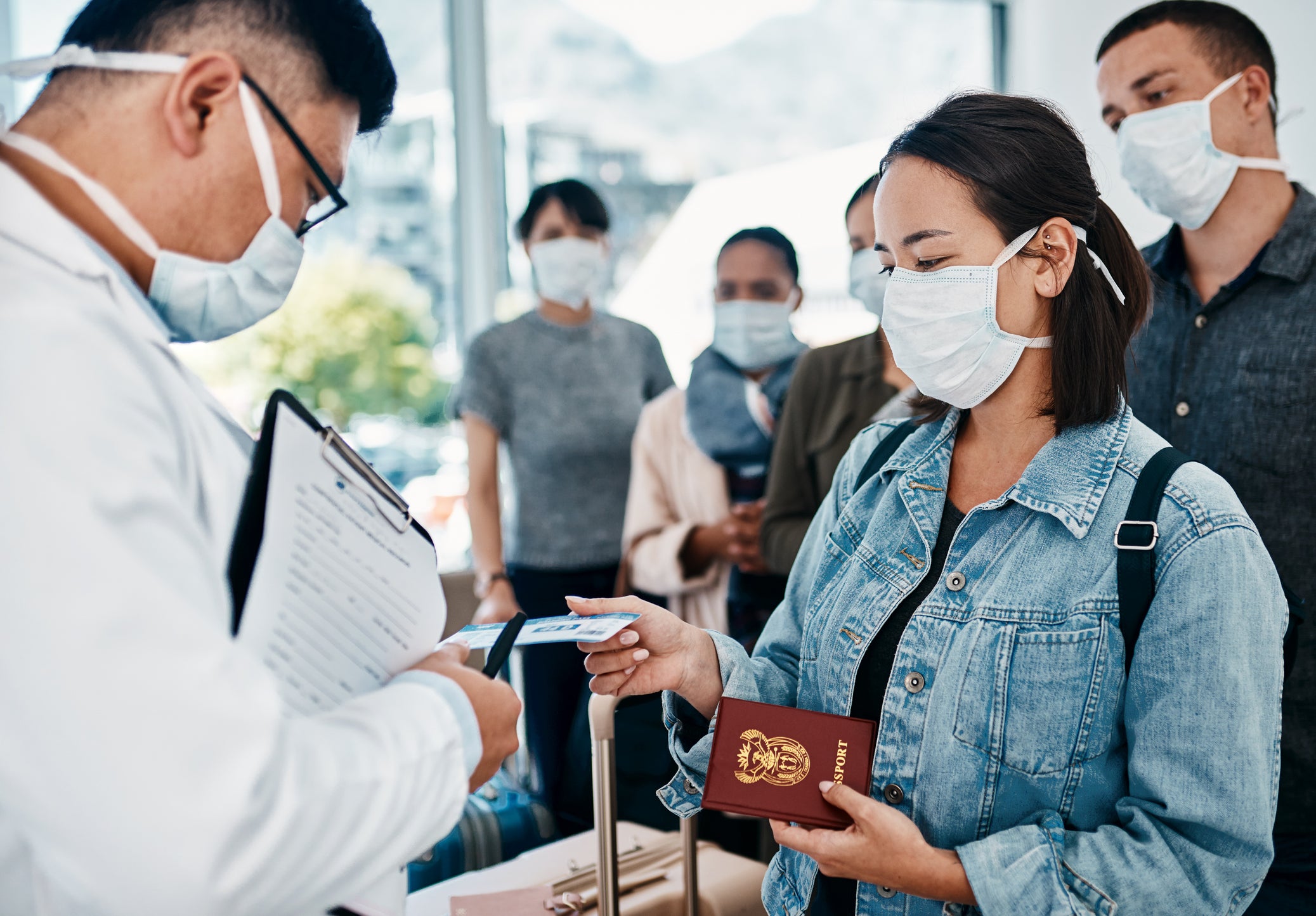 Quarantines and curfews are back again.

Although there are plenty of people pushing for a return to “normalcy,” the coronavirus pandemic is still very much ongoing. Especially concerning are the new Delta and Lambda variants, which the World Health Organization (WHO) has warned are significantly more transmissible than previous versions of the virus.

Despite concerns, many in the U.S. were excited when Europe recently opened up to tourists, giving cooped up travelers a good reason to dust off their travel rewards. Unfortunately, some countries seem to be questioning the move.

In the weeks following reopening, the number of new cases have spiked across the European continent. Those spikes, together with worries over the rapidly evolving new coronavirus variants, have led several countries in Europe to impose new restrictions on travelers.

1. Quarantines may be required

A number of countries seem to be re-evaluating their quarantine requirements, especially for travelers who have not received both doses of a two-dose vaccine.

Malta, in particular, has recently reinstated a mandatory quarantine period for visitors who cannot show a Malta-recognized proof of vaccination. Since Malta does not currently recognize the CDC certificate common in the U.S., this means U.S. tourists to Malta will likely need to quarantine for 14 days upon entry.

Of course, the absence of quarantine requirements doesn’t mean you’ll have completely unrestricted movement. There have been a number of restrictions placed on indoor activities across Europe. For example, multiple countries have shut down nightclubs and bars, or otherwise limited their capacities. The Netherlands, which not long ago lifted mask requirements for indoors, reversed course after infections rose. The country has since closed bars and restaurants to indoor service.

Other countries are trying to avoid complete shutdowns by adding new entry requirements. Earlier this week, France announced new restrictions on indoor cafes, bars, and shopping centers that limit visitors to only those who have been vaccinated or very recently had a negative COVID test. Greece has also imposed similar restrictions for bars and theaters.

3. Some curfews are back in place

In a few countries, nightly curfews are being put in place rather than limiting or shutting down specific businesses. Spain, for instance, recently reinstated curfews in more than 30 cities, including the popular tourist destination of Valencia. They’ve also banned social gatherings larger than 10 people due to case rates tripling in the last month.

Portugal reinstated its curfews in the face of case spikes due to the Delta variant. Other countries still have long standing curfews in place, including Albania and parts of Cyprus. A few countries let curfews lapse earlier this month, but that could change if the Delta variant continues to cause spikes throughout the continent.

Many protections have also been extended

Even in areas that have yet to impose new restrictions, plans to ease existing restrictions have been scrapped. This means you’ll more than likely need masks when indoors throughout Europe, even if you’re vaccinated. Social distancing measures are also fully in force across most of Europe.

The takeaway? Things are constantly changing as authorities work to respond to an evolving pandemic. Before you travel anywhere, internationally or even within the U.S., be sure to research the latest restrictions and requirements for the most up-to-date information.

Is It Safe To Travel To Europe Now? – During The Ukraine War 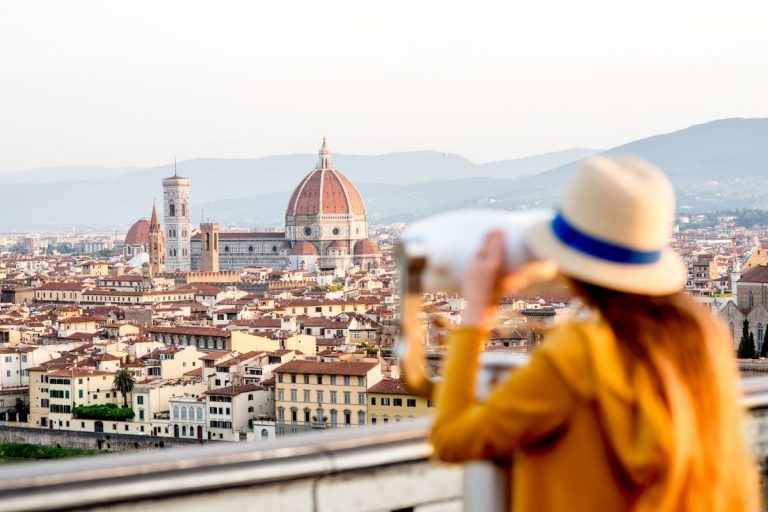 Following the invasion, the U.S. embassy in Ukraine advised Americans to leave immediately, and the US Department of State issued a Level 4 travel warning for Russia, citing Russia’s ”unprovoked and unjustified attack by Russian forces in Ukraine.”

On the same day, the EU Aviation Safety Agency (EASA) warned airlines against flying over Ukraine, Moldova and parts of Belarus and Russia.

In the days that followed, airspace bans and sanctions in Europe were tightened, and Russia struck back, imposing flight bans on 36 European countries and its allies.

According to a recent survey conducted by travel operator MMGYGlobal, the conflict in Ukraine is now the most significant issue preventing Americans from visiting Europe.

After more than a month of invasion, there is no reason to believe that it is dangerous to travel to any country, other than Ukraine, in Europe.

Is It Safe To Travel To Europe Now? Latest Updates

Due to grave “safety concerns,” the European Union has placed 21 Russian-certified airlines on a blacklist, including national carrier Aeroflot.

The Russian president last month authorized the seizure of U.S.- and European-leased commercial aircraft and allowed their registration and the issuance of local certificates of airworthiness to maintain Russian domestic service and make it more difficult to reclaim the aircraft.

There are, however, a few flight and border disruptions. Poland, for instance, does not allow American or other visitors coming from the Belarusian land border to enter the country. All in all, perfectly reasonable.

Meanwhile, the government of Moldova has partially reopened its aerospace as of March 21, 2022, to allow flights to and from Chisinau International Airport through a corridor to Romania. It was closed since the invasion started.

Apart from this, there have been no other major disruptions recorded across Europe.

Instead, continuing traveling to Europe appears to be a way to support hundreds of thousands of Ukrainians who have been welcomed into most EU countries and need jobs in hospitality and other sectors.