When Is The Best Time To Visit South America?

South America is a great travel destination all year round. The best time to visit South America depends on the seasonal climate of the country you’re visiting, the activities you’re interested in, and the larger crowds and higher costs during peak tourist seasons.

For example, the best time to visit Patagonia in the south is between November and February where harsh winters during June through September will close down most local operations. The best time to visit Peru is during the dry season between May and October with blue skies and warmer temperatures. Visitors will want to avoid the colder rainy season between January and March. 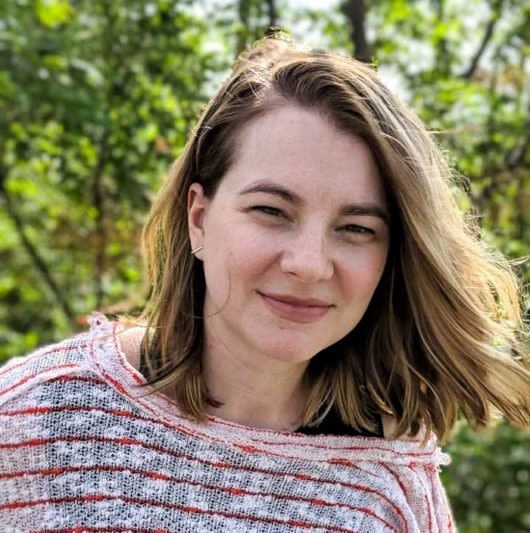 “In general, the best time to visit South America is in October and November as the springtime weather conditions make it comfortable in the cities, beaches, and mountains and nature’s beauty is on full display. Flowers are blooming, wildlife is much more active, and seasonal crowds and travel costs are fairly moderate.”

Summer in South America is from December to February. During this time, the continent enjoys warm temperatures, long days, and excellent conditions in the evenings for nighttime exploration.

In the summer season, travelers and locals alike enjoy the coastal towns for their fantastic beaches, ideal for lounging and sunbathing. Fernando de Noronha and Jericoacoara are two of our favorite northern beaches in Brazil.

In addition to the great weather, some of the world’s largest festivals take place in South America during the summer, such as Carnival in Brazil. In major metropolises, events from outdoor concerts, boutique markets, and even parades are a regular occurrence.

For the more adventurous and nature-oriented, the sunnier weather and longer days make destinations like Patagonia an ideal time to see some of the world’s most incredible natural wonders. However, in the Andean regions, like Bolivia, Peru, and Ecuador, summer is often rainy, ushering in their wet season.

Brazil is largely tropical, leaving travelers sunkissed, relaxed, and refreshed. It is one of the best destinations in South America for nature. Even in its large bustling cities, like Rio de Janeiro, nature surrounds you. Butterflies inhabit the city streets and Tijuca Rainforest is scattered around the city. In northern Brazil, enjoy white-sand, secluded beaches, or embark deep into the dense Amazon Rainforest. With three rainforests and the Pantanal wetlands, Brazil is perfect for seeing South America’s rare and unique species of flora and fauna. 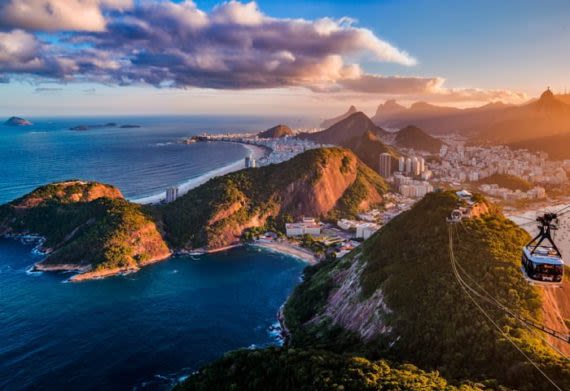 Ecuador has a variety of climates, regions, and landscapes, so it can be hard to determine when the best time to visit Ecuador is. Like most destinations, it depends on what you would like to do and the regions you would like to see and your preferences. 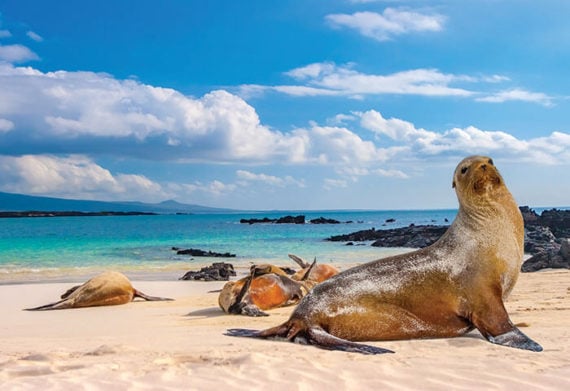 The Best time to visit Antarctica is the region’s summer period when the wildlife is the most active. This about November through March when the ice starts to break up enabling better access for ships. In November is when you may have a chance of seeing large icebergs which provide guests amazing photography opportunities. Travelers looking for the best deal might want to consider the beginning and the end of the season as the prices will be a little better. Antarctica is very popular and growing destination though, so let’s plan a trip to Antarctica before it gets too crowded! 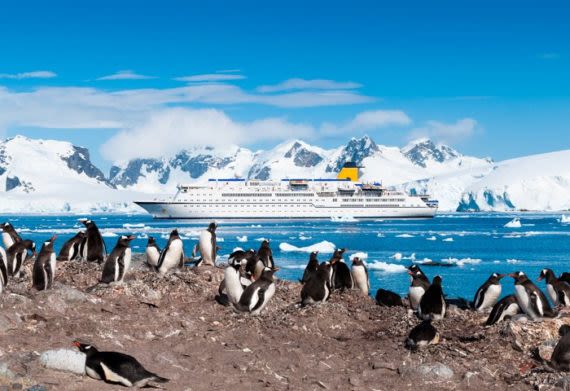 Best Places to Visit in South America – March, April, May

Fall in South America is from March to May. In general, this time of year results in fewer crowds and the price of transportation and hotels can drop throughout the continent as the busy summer season nears an end. Travelers will find great deals on hotels and tours at this time, while genuinely getting to experience the cities and cultures of the continent in relative peace compared to the busy summer.

In March, travelers can enjoy exploring the abundant marine life of the Peruvian Pacific, the volcanic islands in Brazil, the roaring waterfalls of Iguazu, and the incredible, untouched wildlife of the Galapagos.

The Amazon Rainforest is an otherworldly experience. A place where rare wildlife can be just footsteps away from you. Spot the famous Jaguar, lurking caiman, colorful toucans, and more nestled in the lush rainforest. The best time to visit the Amazon Rainforest depends on the focus of your adventure. 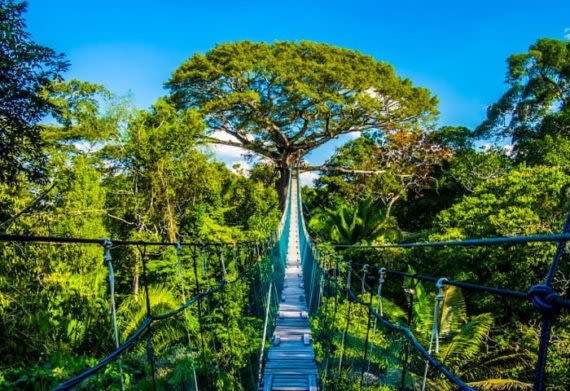 We consider Mid-April to June and from September to October to be the best time to visit Machu Picchu. This time of year coincides with dry and clear weather in the Andes Mountains. Travelers may reach Machu Picchu by train or trekking the Inca Trail. 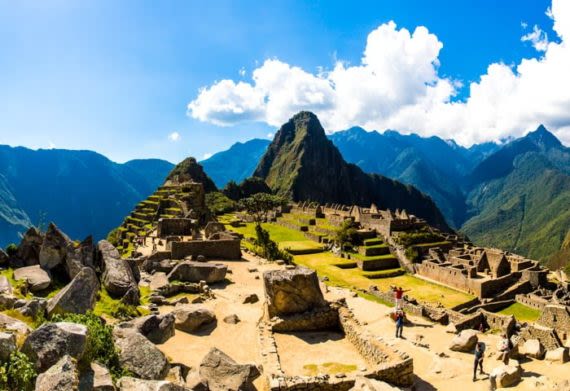 The Galapagos Islands are approximately on the equatorial line so the Galapagos enjoy year-round sunshine and warm weather. So really, anytime is the best time to visit the Galapagos; however, if you are interested in seeing specific types of wildlife, then you will want to explore our . We also have compiled some average temperatures in the chart below. 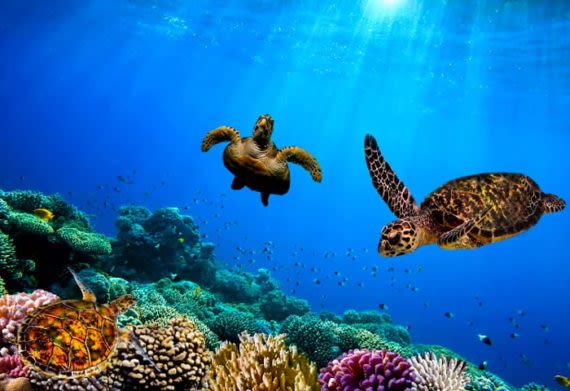 The dry season, from November to April, is usually the best time to visit Venezuela. This is the time of year that there is the least amount of rainfall and better warm sunny weather. The humidity is also lower making it a great time to explore the nature and landscape of Venezuela. 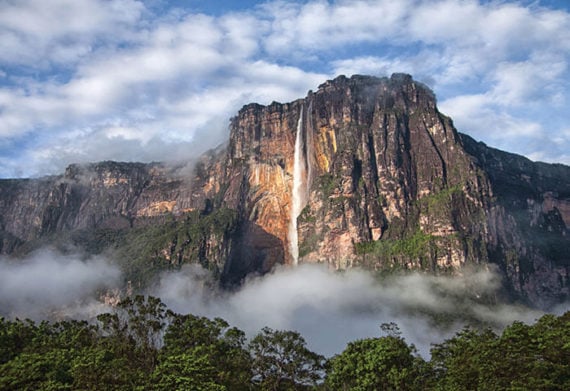 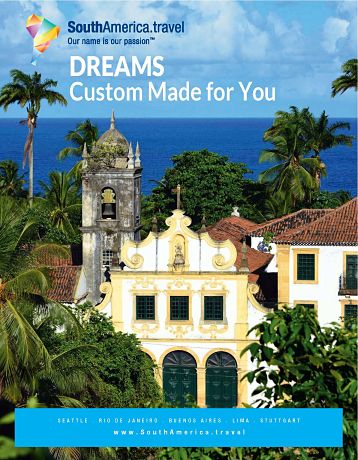 Download our FREE South America Travel Guide and get inspired to explore to South America. Browse through 26 pages of travel planning tips and ideas – a great resource for planning your dream vacation.

Unlike other continents, winter is an exciting season in South America, as it offers pleasant weather to every traveler. For visitors craving warm weather, Brazil, Ecuador, and Colombia are ideal. All three countries have a consistent, more temperate climate year-round.

For visitors who want to see Machu Picchu or the Andean regions of Ecuador, Bolivia, and Peru, these months perfectly align with their dry season. During this time, trails will reopen, and temperatures lower to a comfortable hiking level.

Winter sports enthusiasts will find no shortage of adventure during South America’s summer season. In Argentina and Chile, ski resorts and snow-covered mountains offer some fantastic skiing, snowboarding or cross country experiences throughout the winter.

Peru is one of the most popular destinations in South America – Machu Picchu being the huge draw. However, Peru boasts so many more beautiful sites and landscapes besides Machu Picchu which are perfect for families as well as solo and group travelers. Enjoy ancient ruins, colonial towns, and some of the world’s best cuisine. 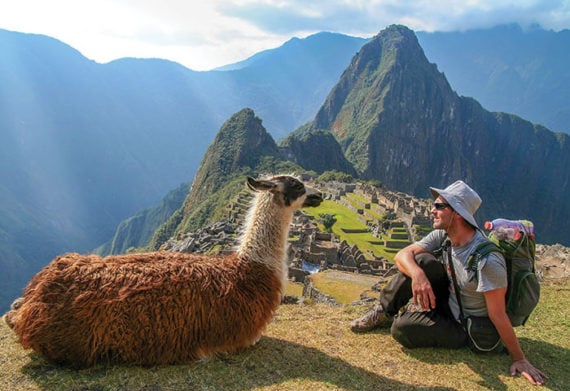 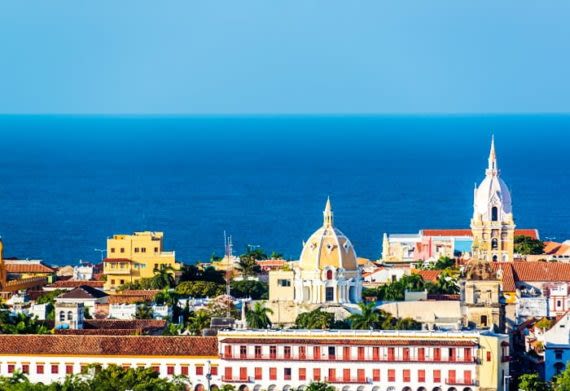 The Best Time To Visit Bolivia is the Dry Season, this is about from May To October. During this period, there are beautifully clear days with occasional rain showers. Although the days are considered shorter during this time, the sun still shines just as bright. The pleasant weather makes for worry-free road conditions and little barriers to transportation, meaning there’s nothing stopping you from exploring everything that Bolivia has to offer! If you enjoy hiking, trekking, bike riding, climbing or any other outdoor activities, the dry season is the best time to travel to Bolivia. 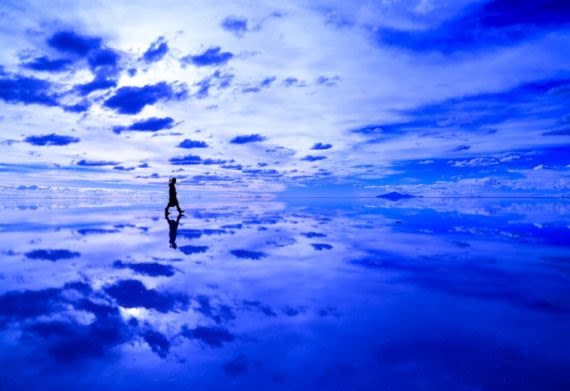 Spring is from September to November, and it is a fantastic time to visit South America. In general, spring marks the beginning of warmer weather throughout the continent. For example, in Buenos Aires, Argentina (the Paris of South America), travelers experience sunny, bright days and the beautiful bloom of Jacaranda trees that line its streets.

In tropical climates, like Colombia and the Amazon Rainforest, the seasons have little impact on weather changes, operating on their wet (approximately December – May) and dry seasons (June – December).

In addition to the warm and temperate weather conditions, travelers enjoy the added benefit of fewer crowds. It is during this time that European and North American families return to school and work after the northern hemisphere’s summer season, leaving South America even more enjoyable.

Argentina is a popular destination for just about everything – its architecture, culture, wine, and natural landscapes keep travelers interested around the world. Taste the world renowned Malbec in Mendoza, dance the Tango in Buenos Aires, trek the glaciers of Argentine Patagonia, and explore its European inspired architecture. 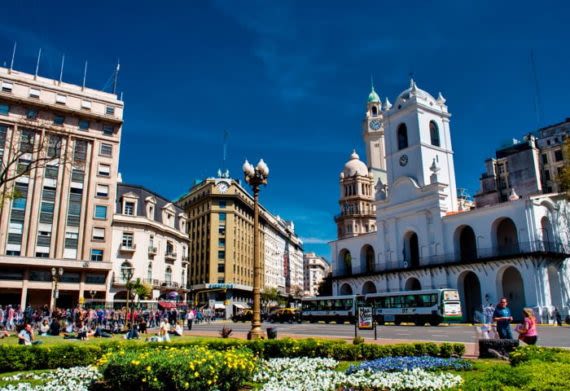 Chile is a great country to visit year round. Stretching over 4300 km long and almost halfway down the coast of South America, Chile offers a diverse range of climates. Depending on where you want to travel and what activities you would like to do, will determine the best time to visit Chile. 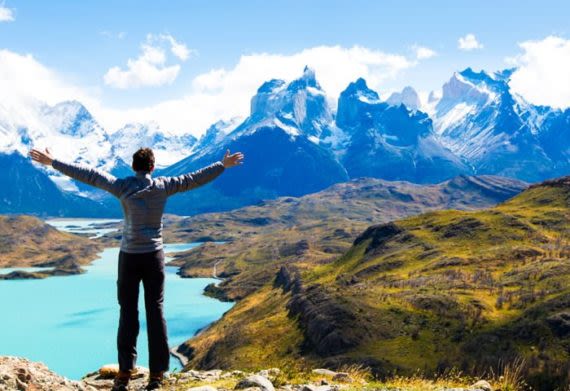 While Patagonia is arguably home to some of the most beautiful and breathtaking national parks in the Americas, it is also notorious for its unpredictable and ever-changing weather. We consider the shoulder seasons to be the best time to Visit Patagonia, but It’s tricky to give a blanket statement on when because it depends on what you are looking to do and see. Some venture to Patagonia for hiking, while others go for photography, relaxation, and adventure. 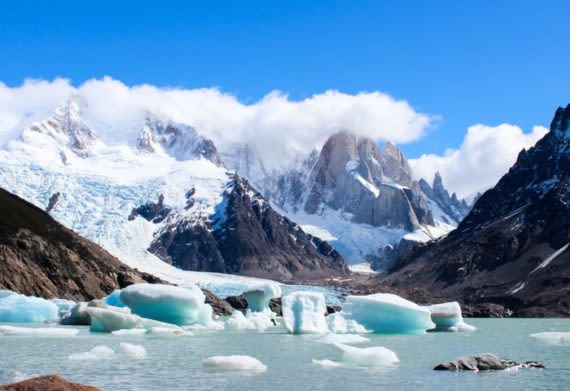 Travel to Paraguay is possible year round, but there are only two main seasons: hot, and extremely hot. The months of December through February are the peak hot months. Paraguay does not experience much rainfall, apart from the occasional cooling showers between March and November. We think travel to Paraguay is best any time of year, depending on your interest. 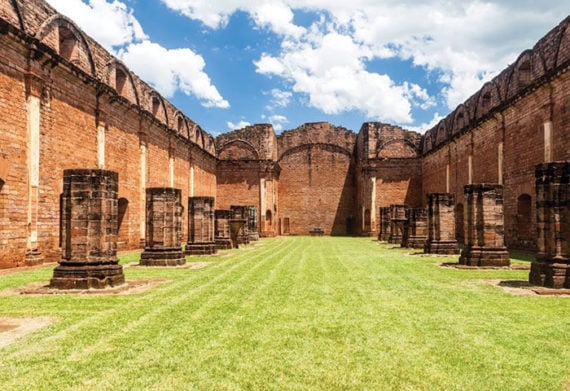 We consider that from late August to September or February to March to be the best time to visit Guyana and its neighbors. The rainy period is over by then and everything is green and beautiful, Kaieteur Falls are running strong, and rainfall is not too much. 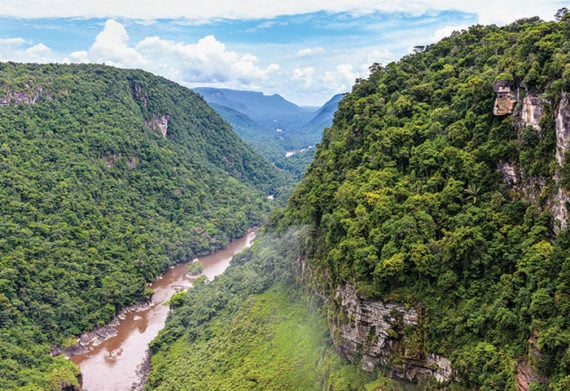 We consider October to March to be the best time to visit Uruguay, especially if you’d like to enjoy ocean breezes and beautiful blue skies. The wind coming off the ocean will keep you cool and you might even get a great suntan. While every season in Uruguay offers visitors ideal weather for many activities, the counties Autumn months also provide a great experience.

When Is The Best Time To Visit South America?

So, you want to vacation in South America, and you’ve done the hard bit – deciding which of the countless incredible destinations to explore. But with such a complex array of dry seasons, rainy seasons, altitudes, and tourist peak seasons in South America, where on Earth do you start when it comes to planning the when?!

In this post, you’ll find out the pros and cons of visiting this glorious continent at different times of the year, and you’ll be fully equipped for booking that adventure.

If you’ve got this far already, you won’t need reminding that South America is a vast continent, comprising 12 different countries, and spanning nearly 7 million square miles in area. It’s a place of endless discovery, but the swampy mangroves, snow-capped mountains, bone-dry deserts, misty forest valleys, volcanic islands, and dynamic cities of South America all come with their own unique set of weather systems and other travel factors.

The truth is, there is so much variation and range that it’s next to impossible to say what are the ‘best’ months to visit South America – it is a year-round destination and you’re sure to have the time of your life whenever you choose to go. However, there are a few general rules that are useful to bear in mind when planning your trip.

Can Felon’s Travel Outside the US: What Countries Can You Travel to with a Felony?

How to Get Around Central America on a Budget