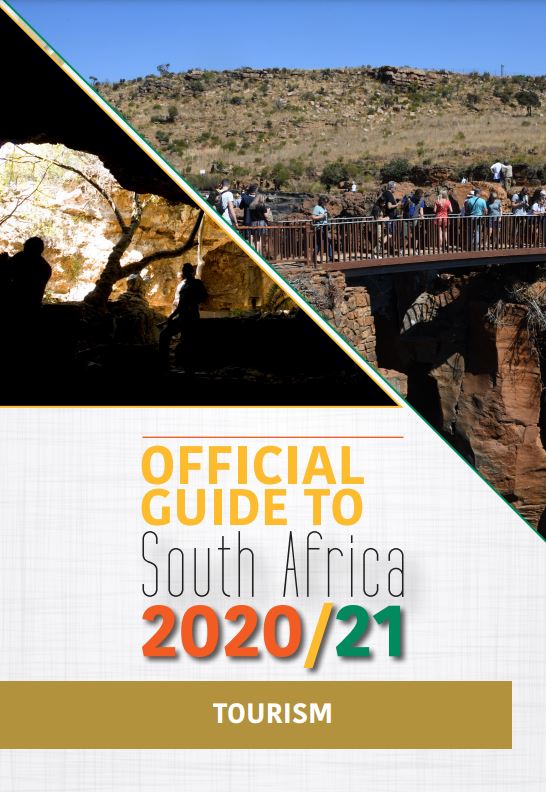 South Africa is geopolitically distinctive and possesses natural and cultural diversity that supports a globally compelling tourism proposition. The country’s tourism base is significant and it is one of the world’s most popular long-haul destinations.

The mandate of the Department of Tourism (DT), as outlined in the Tourism Act of 2014, is to promote the growth and development of the tourism sector; promote quality tourism products and services; provide for the effective marketing of South Africa as a domestic and international tourist destination; enhance cooperation and coordination between all spheres of government in developing and managing tourism; and promote responsible tourism for the benefit of South Africa, and for the enjoyment of all its residents and foreign visitors.

In recognition of tourism as a national priority with the potential to contribute significantly to economic development, the 1996 White Paper on the Development and Promotion of Tourism in South Africa provides for the promotion of domestic and international tourism. The National Tourism Sector Strategy provides a blueprint for the sector to meet the growth targets contained in the National Development Plan.

Over the medium term, the DT planned to focus on the rejuvenation of the industry as part of the National Tourism Recovery Plan. This will involve intensive work, in partnership with the police and other relevant stakeholders, to enhance tourism safety by introducing national norms and standards for safe tourism operations based on globally recognised biosecurity protocols. This is expected to enable safe travel and rebuild traveller confidence.

In addition, the department aimed to stimulate domestic demand; introduce the e‐visa programme for priority markets; and promote collaborative investment in the sector through measures such as ensuring the effectiveness of market‐entry facilitation programmes. Examples of these include the Wine Service Training Programme and the Hospitality Youth Programme, which aim to provide young people with essential tourism skills that enhance the experience of visitors.

The tourism sector is one of the critical intervention areas that have been identified in the Economic Reconstruction and Recovery Plan as a key driver of the economic recovery in the country. The DT together with the private sector and other stakeholders collaborated to develop the TSRP.

During the medium term, the Destination Development Programme will continue with the implementation of a tourism infrastructure maintenance programme of state-owned assets to protect and rejuvenate tourism supply.

The focus of this work is on improving and upgrading sites of heritage significance including liberation heritage, national parks, botanical gardens as well as rural and township precincts.

The GTIP is a resource efficiency incentive programme of the DT whose objective is to encourage private sector tourism enterprises to move towards the sustainable management of water and energy resources whilst adhering to responsible tourism practices.

Through grant funding, the GTIP assists private sector tourism enterprises in reducing the cost of investing in more energy and water efficient operations, while increasing their competitiveness, profitability and operational sustainability in the long term. The GTIP broadly offers the following to qualifying tourism enterprises:

The Industrial Development Corporation manages the programme on behalf of the department.

The Tourism Act of 2014 mandates SAT to market South Africa internationally and domestically as a preferred tourism and business events destination, ensure that tourist facilities and services are of the highest standard, and monitor and evaluate the performance of the tourism sector.

Over the medium term, the entity planned to focus on responding to the National Tourism Recovery Strategy. Primary activities will include revitalising South Africa’s reputation as a premier travel destination; and protecting, defending and entrenching current markets while growing new strategically identified markets to drive domestic business travel and meet the rising demand for domestic leisure travel. The South Africa National Convention Bureau (SANCB) is a ‘one-stop solution’ for independent information and assistance, giving neutral advice on all aspects of hosting and organising any business event in South Africa.

Tourism in the provinces

The Western Cape, which lies bordered by two oceans – the Indian Ocean to the south and the Atlantic Ocean to the west – is South Africa’s most developed tourism region.

The Garden Route features the pont at Malgas, which is one of the two remaining points in the country, ferrying vehicles and livestock across the Breede River. This popular route spans roughly 200 km of South Africa’s southern coast, incorporating a picturesque stretch of coastline.

The Karoo is distinctively divided into the Great Karoo and the Little Karoo by the Swartberg Mountain Range, which runs east-west, parallel to the southern coastline, but is separated from the sea by another east-west range called the Outeniqua–Langeberg Mountains. The Great Karoo lies to the north of the Swartberg range; the Little Karoo is to the south of it.

The Little Karoo’s fascinating landscape is fashioned almost entirely by water. Its vegetation ranges from lush greenery in the fertile river valleys to short, rugged Karoo plants in the veld. Gorges feature rivers that cut through towering mountains, while breathtakingly steep passes cross imposing terrain. The region is also home to the world’s largest bird – the ostrich.

The Northern Cape is an excellent sandboarding destination and a number of local operators offer sandboarding lessons and tours. The dunes near Kakamas and Witsand are very popular and expert boarders and novices are more than welcome – boards can be rented on arrival.

Adventure-tour companies specialising in dune boarding in South Africa advise you to bring: a camera to record the inevitable antics, lots of sunscreen and a sense of humour.

Some of the more enterprising companies turn it into a fun day, complete with children’s dune boarding and picnics. This is a fun sport that will satisfy most peoples’ need for speed.

This central region of South Africa is characterised by endless rolling fields of wheat, sunflowers and maize, and forms the principal bread basket of South Africa.

The Eastern Cape boasts a magnificent coastline that is complemented by more than 60 state-owned game reserves and over 30 private game farms, which collectively cover an area greater than the Kruger National Park.

The Limpopo landscape is made up of dramatic contrasts characterised by hot savanna plains and mist-clad mountains, age-old indigenous forests and cycads alongside modern plantations, and ancient mountain fortresses and the luxury of contemporary infrastructure and modern-day facilities.

North West has several cultural villages that entertain and attract visitors. A number of excellent game reserves have been established, including the Pilanesberg National Park.

Mpumalanga means “the place where the sun rises” in the Nguni languages. The climate and topography vary from cool highland grasslands at 1 600 m above sea level, through the middleveld and escarpment, to the subtropical Lowveld towards the Kruger National Park and many private game reserves. Scenic beauty, climate and wildlife, voted the most attractive features of South Africa, are found in abundance in this province.

‘Gauteng’ is a Sesotho word meaning “place of gold”. It is the smallest province of South Africa and also the most populous and urbanized. It is characterised by a cosmopolitan mix of people from all walks of life.

One of the country’s most popular tourist destinations, the province stretches from Port Edward in the south to the borders of Eswatini and Mozambique to the north.

Read Post  How to Send a Letter or Postcard: International

What do you need to declare?

Any person travelling in or out of South Africa should unreservedly declare: