Electromagnetic Interference When Flying Your Drone

This is by no means a comprehensive look at electromagnetic (EM) waves, but it seems like a great place to start for understanding interference caused by various types of EM waves. First, EM waves are used for all kinds of things. Everything from microwaves, to cell phones, wireless routers, TV stations, garage door openers, etc. Each of these devices uses specific frequencies to work in the way that it is supposed to work. And while many of these devices could conceivably work using any number of frequencies, the use of EM frequencies is regulated. In the US, the FCC regulates the use of EM waves and has set aside a specific range of frequencies, which is called the ISM band of frequencies. This band of frequencies (2.4 GHz) is unlicensed and allows gadget makers of all kinds to create devices that operate within this band. Wired magazine describes the ISM band this way:

If routers and cordless phones and whatever else are relegated to a small band 2.4 GHz, then their radio waves won’t interfere with, say, cellphones operating at 1.9 GHz, or AM radio, which broadcasts between 535 kHz and 1.7 MHz. The ISM is, in effect, a ghetto for unlicensed wireless transmission.

The whole article is actually a fascinating read (Link to Wired article) if you’re looking for a deep dive on radio frequencies and consumer products, specifically why they operate in this 2.4 GHz band.

As stated above, cell phone towers can interfere with the flight of your drone. But like we also just looked at, devices like cell phones operate on a band of frequencies (1.9 GHz) that are different than drones. And while this could be the end of the conversation, it really isn’t. Again, without getting too deep into the weeds, interference can sometimes occur between wireless products when the frequencies used by each of the items in unexpected ways.

One way this can occur is through intermodulation. This video below was actually super helpful in understanding this concept, even if he’s speaking in terms of using wireless microphones. The concept remains the same for any set of radio frequencies.

And while you don’t really need to understand the finer points of intermodulation, it’s important to understand that when you are using a drone that receives and transmits information on one set of frequencies (i.e. 2.4 GHz or 5.8 GHz), the cell tower may be emitting any number of other frequencies at a very high power that could interfere with the control and/or video transmission on your drone. Unlike the examples in the video above, where the microphone company has done the math to ensure there is no intermodulation between frequencies when using a number of their microphones on specific settings, your drone has not been coordinated in the same way when you fly super close to a cell tower and this can cause problems.

While you may fly tower inspections on a bunch of cell towers, it only takes one frequency at high power from the cell tower to cause your drone to lose control inputs from your controller or even video signal. And while most of the time this may only cause a brief interference, it could also result in a flyaway or a crash. DJI even admits as much in an article on their website (link to DJI article) about the use of powerful zoom camera for cell tower inspections. It says:

Inspecting a tower by drone requires getting up close to view it through its integrated camera, subjecting it to electromagnetic interference that can cause crashes.

Thus, DJI came out with a camera, the Zenmuse Z30, which allows for a total magnification of up to 180x. This allows you to inspect a tower from a real distance and at the same time get the crystal clear pictures you need.

Notably though, it isn’t just cell towers that put off electromagnetic waves that cause unwanted interference. Have you ever been listening to the radio and driven underneath or even just near high voltage power lines? The static that comes over the radio, sometimes to the point where you can’t even hear what you’re listening to, is interference from the high amount of electricity that’s running through those lines. This is called broadband electromagnetic interference. A mouthful, I know.

While I’m not saying that these power lines will necessarily fry your drone, it only makes sense that this type of interference could cause issues if you fly your drone close enough. Ideally, you’re trying to avoid this type of obstacle anyway, especially since it has thin electric lines running between towers, which can be hard to see, especially from a distance.

Again, without getting too into the weeds, many consumer level drones now have types of shielding built into them to help deal with electromagnetic waves. While this is certainly helpful to ensure safe flying, there is always the possibility that flying close to these power lines could reduce receipt/transmission of signal to and from your controller or even mess with the voltage output of the ESCs on your drone. An ESC is an Electronic Speed Controller and it is responsible for sending precise instructions to the motors, which obviously control the movement of the drone. Without these little guys working in perfect harmony, you could easily lose control of your drone.

This one might be more common than you initially think. This type of interference is called narrow band interference and happens when two frequencies that are close to one another sort of bleed into each other. Unlike broadband interference, discussed above, this one is easier to deal with.

DJI drones come equipped with the ability to change the “channel” that you are transmitting/receiving images on. Ideally, you’re looking for a channel that is providing you with a clear, consistent signal. And the DJI Go App actually lets you choose between 2.4 GHz and 5.8 GHz for your video transmission. So if you’re getting a lot of interference on one band of the other, you can switch. But even within each band you have the ability to choose between a number of channels, depending on which channels are showing the most interference. You can get here by going to settings from the main screen and then choosing the “HD” option. You will then see the following screen that allows you to make all of the necessary changes.

If you think about it, this is why you need to calibrate your drone in more wide open spaces. I’m sure we’ve all seen those warnings when calibrating our GPS and IMU that there is interference. This could be because your drone is sitting somewhere near your car, inside a house (where wi-fi is likely being used) or next to a metal storage shed. The point isn’t to avoid flying near these things as much as it is to be aware of what’s around you because these things matter more than you think they do.

I’m a licensed attorney in the state of Ohio and I also have my private pilot’s license as well as my Part 107 license. I’ve been flying drones commercially for several years and have a lot of insight in the Part 107 rules as well as running a drone services business. I’ve also put together The Drone Pilot Handbook and The Drone Pilot Logbook, both of which are available for purchase on Amazon. You can read my whole story on my about page (link to about page).

There are no rules that prohibit you from flying your drone near a heliport (also called a helipad). However, the FAA recommends that you treat the heliport the same way that you would treat an.

Headless mode on a drone is a setting that causes the drone to fly relative to the controller instead of the drone’s orientation. For example, in headless mode with the drone in front of you, if you.

My name is Zachary Elliott. I’m the creator of The Legal Drone and I made this site because I felt like there needed to be an approachable way to learn about flying your drone for money legally in the US. I know there are a lot of drone resources, but as an attorney, a manned pilot and a commercial drone pilot, I’ve had experience with Part 107 from a lot of different angles.

Just so that it is clear, my lawyerly duty requires me to let you know that I’m not providing legal advice here and I am NOT your attorney. If you need a licensed attorney, please go hire one. This site is for research purposes only. Also, The Legal Drone is a participant in the Amazon Services Associates Program, an affiliate advertising program designed to provide a means for us to earn fees by linking to Amazon.com and affiliated sites. There are a number of other affiliate programs that I used on this site. Please see my Terms of Use (in the footer menu) for my full disclosure. 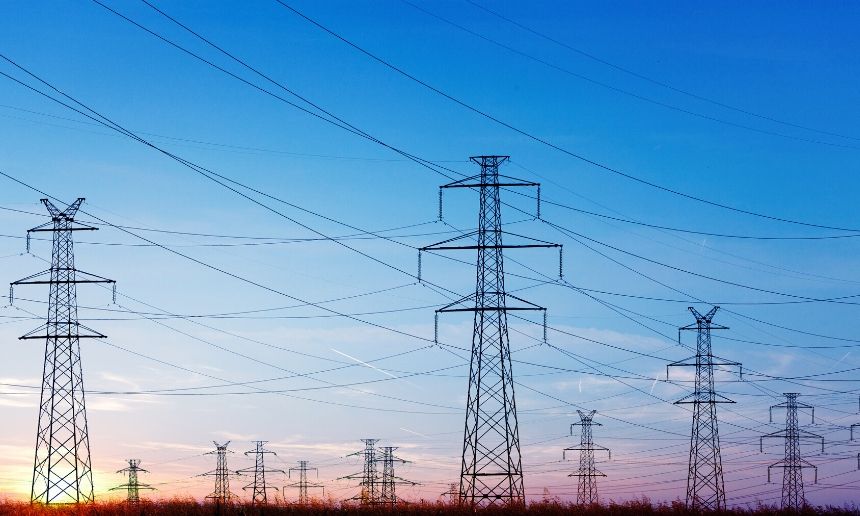 Many people think of other devices as the principle sources of EMI, but natural phenomena around us can emit EMI in several ways. Precipitation such as a rainstorm or snowstorm carries electrical static. When vehicles and other electronics encounter this, they build up a charge and emit EMI.

Beyond our world, stars and other nearby celestial bodies also emit natural EMI. Significant levels of solar radiation strike occasionally, while larger planets such as Jupiter emit appreciable EMI when they approach Earth. Many modern devices maintain their functionality when natural EMI is high, but this does impair older devices somewhat. Overall, engineers don’t implement device shielding to mitigate natural EMI because it isn’t a significant threat.

The second type of EMI is human-made in the sense that manufactured devices and large-scale electrical systems emit interference. This encompasses every electronic assembly, from power lines to handheld devices. Any time these electronic assembly signals meet each other at the same frequency, they disrupt each other, depending on their relative strength. This is the major form of electromagnetic interference that shielding techniques such as vacuum metalizing limit. Because human-made EMI poses such a threat, some militaries intentionally weaponize it to inhibit enemy electronics. Luckily, EMI shielding provides a viable option to prevent human-made EMI from affecting your devices.

The last of the three main causes of electromagnetic interference is inherent EMI. Inherent EMI is more difficult to remedy because it originates from the device itself. Essentially, devices’ internal electrical systems interact with other internal features, even within a shield or conductive coating.

If you need help limiting the effects of either human-made EMI or inherent EMI, consider contacting us at Deep Coat to help protect your electronics. We offer exceptional EMI coating services on both electronic assembly housings and PCB shields, which are backed by our team’s years of specialized knowledge and flexibility.