Spilling out of the J.C. Boyle Dam a few miles upstream, the Upper Klamath River has remarkably consistent flows throughout the year. This section of whitewater, offers some of the best continuous action for a Class IV river. In addition, the scenery is incredible, and the area is known for its excellent birding, so keep your head on a swivel. Tackling this river will take you through the notorious Hell’s Canyon, marked by almost continuous Class IV whitewater. This trip can be run as a single day trip, or an overnighter. The Upper Klamath begins in Oregon, but ends up in California, marked by a fitting surf wave right on the California border.

All data points were collected using GPS. These locations were checked against Google Earth for accuracy. Distances are the averages of repeated trips that were GPSed.

Put-ins and take-outs include links to their Google Map locations. Use this to accurately build shuttle directions.

The Upper Klamath is a challenging Class II-IV+ run, with continuous whitewater for much of the river. It is just downstream of the J.C. Boyle Powerhouse and Dam, which release water from Klamath Lake.

The Upper Klamath is an intermediate to advanced river run. While there are sections that are mellow Class II and III, take into account numerous other challenges such as strainers, and sieves. As a private boater, make sure you join a party that has recent Upper Klamath experience. Please note that the Upper Klamath river has many rapids that are shallow, and the rocks are sharp, so having swimmers here can be very dangerous.

There are no permits required for the Upper Klamath River, but it’s still a good idea to tell someone where you’re at.

The Upper Klamath begins with several miles of flatwater mixed with Class II & III whitewater. Around mile 4.5, the river constricts and you enter “Hell’s Canyon”, consisting of several miles of very continuous Class IV/IV+ whitewater. This section is sure to be the highlight of your trip, but note that it is notorious for its’ shallow rapids, with sharp rocks, so be very cautious in this area, as you do not want swimmers here. Be sure to scout all three of the big Class IVs in this section (Caldera, Satan’s Gate, & Hell’s Corner).

The Upper Klamath River has very consistent flows throughout the year, with the summer flows generally hovering around 1,500-1,700 CFS. In the springtime, flows can jump up to 3,000 CFS, which is considered to be Class V. It is runnable from 1500-3000 CFS, but please note the increase in difficulty as the flow increases. Sometimes USGS flow images break. If this happens, here is the direct link.

Gauge data provided by the USGS

Based in Southern Oregon, Indigo Creek Outfitters offers one day trips on the Upper Klamath. Additionally, they offer trips on the Rogue and Lower Klamath.

WARNING: Conditions change frequently and may make this guide useless. This guide is NOT a replacement for sound judgment or experience.

These include creeks and private property

The Upper Klamath is a Class II, III, & IV run from the Spring Island River Access Point and winds its way through Hell’s Canyon to the Access 6 Take-Out

Mile 0.05 – Saddle Horn Rapid: Class III. Right out the gate, you come into a Class III rapid, Saddle Horn. Run this left of center and enjoy the waves.

Mile 0.89 – Osprey Rapid: Class III. Read and run rapid, keep your eyes peeled for Osprey nests and Osprey. Look towards the tops of the trees on river left for your best chance.

Mile 1.90 – Mild Pools: After Gun Slinger, the next 3.75 miles are mild with long calm pools and Class II rapids until you arrive at Caldera Rapid.

Mile 4.97 – Frain Ranch Put-In: River Left. Another put-in comes in on river left. This is also a very rough road, and is only passable by high clearance 4WD vehicles

Mile 5.76 – Caldera Rapid: Class IV. Scouting can be done on river left. Be mindful of a very large pourover/hole on river left called “The Mushroom”. After the Mushroom, work left again to avoid some shallow rocks on river right. At this point, the rapid is full of rocking waves so stay on your toes. Boaters can go either left or right of the Mushroom Rock. Learn more about Caldera Rapid.

Mile 6.38 – Bermuda Triangle Rapid: Class III. Enter Bermuda left of center (lots of rocks to the right). There’s a big wave on the bottom left and right of this rapid.

Mile 6.61 – Branding Iron Rapid: Class III. Like many rapids on the Upper Klamath, Branding Iron is a big wave train. However, about 2/3 of the way down is a large wave, that you’ll definitely want to hit straight.

Mile 6.94 – Satan’s Gate Rapid: Class IV. The river bends to the right in this 500 yard long rapid. Rocks force a down the middle entrance. Work right to avoid a large sieve on river left roughly halfway through this rapid. There is a nice eddy to catch on river right after this rapid, which you should catch, as Hell’s Corner is just around the bend. Learn more about Satan’s Gate Rapid.

Mile 7.16 – Hell’s Corner Rapid: Class IV. Scout right (length of rapid makes scout hard). Enter center, watch out for a pourover on the far right. In general, you’ll want to stay to the right, especially towards the middle of this rapid, as the current will push you left into shallow, impassable rocks. At the bottom of this rapid, catch the eddy on river right. Learn more about Hell’s Corner Rapid.

Mile 7.42 – Fluffy Bunny: Class IV. Known by some as “The Dragon”, just downstream of the Hell’s Corner eddy, there’s a large pour over on river right, keep left of this, then enjoy some fun waves for this splashy Class III+. Watch out for 2 submerged boulders at the bottom right of this rapid.

Mile 7.81 – Scarface Rapid: Class III. Enter left of center for a fun large drop. Watch out for some boulders in center channel.

Mile 8.02 – Dance Hall Rapid: Class III. The river bends to the right and splits into 2 channels going around an island,.Stay in the left channel, but keep inside on this turn. Lots of fun waves at the bottom of this rapid.

Mile 8.24 – Ol’ Bushwhacker: Class III. This rapid has a large wave train down the middle with a massive standing wave halfway down, which is clean to run. Learn more about Ol’ Bushwhacker Rapid.

Mile 8.43 – Salt Caves: River Left. On River left, you’ll see some beautiful caves with salt that has precipitated out of the walls. This is a native sacred site, so there is no stopping allowed. Please be respectful.

Mile 9.21 – Captain Jack Rapid: Class III. Captain Jack is a read-and-run rapid as the river bends to the right.

Mile 9.74 – Snag Island Rapid: Class IV. The river splits around an island. Take the right channel and stay to the inside left. As the water makes its way towards the end of the island, it will make a sharp turn to the left. Work hard to stay to the inside of this turn or you’ll get swung into a bunch of rocks.

Mile 10.46 – Wells Fargo Rapid: Class III. The river again splits into 2 channels around an island in the middle of the river. Stay to the right channel at most flows, then work to the left.

Mile 11.23 – Stateline Access: River Left. This is the most upstream takeout available.

Mile 11.87 – Arden’s Folly Rapid: Class II. Read and run rapid (stay alert though, it is possible to wrap a boat here, which would be an unfortunate end to your day.)

Mile 11.96 – Swim-to-takeout: With takeout insight, this is a good place for your paddlers to jump out and float to takeout if they’re looking to cool off.

Mile 12.15 – Access 6 Take-Out: River Left. Take out on river left at Access 6. You’ll stay on Ager Beswick Road for quite some time. It winds in tandem with the Upper Klamath, and is quite scenic. Learn more about Access 6 Take-out.

What level to raft the upper klamath river

River Dancers offers several Klamath River rafting trips. The Klamath River is the second largest river in California running 263 miles from Oregon through California to the Pacific Ocean. It offers something for everyone – from the mellow and relaxing to the truly adventurous.

The Klamath River is great for families and school groups. If your time is short, try a one-day trip. If you have more time, a multi-day trip is like no other. Camping comfortably on secluded beaches under endless stars. Swimming in cold spring fed creeks on hot summer days. Kayaking and swimming rapids. Eating gourmet meals to the sound of flowing water. It is an experience you’ll never forget. 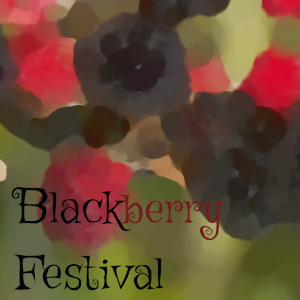 Blackberry Festival on the River

Join us for a festive day and night on the river where we harvest blackberries, learn about river history and culture, eat tasty food, and enjoy great company around a fire.

Read Post  River Rafting In Dandeli: Are You Ready For The Most Thrilling Experience In 2022? 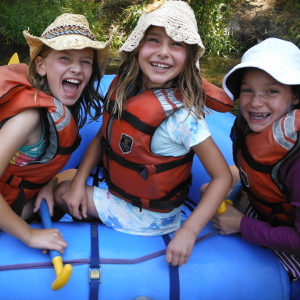 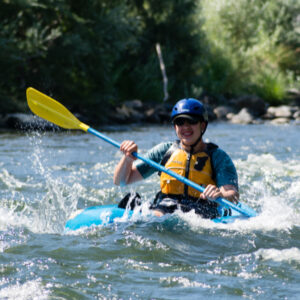 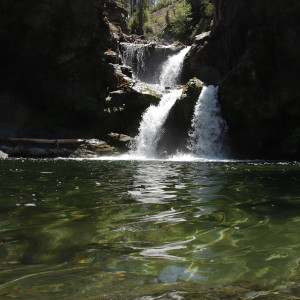 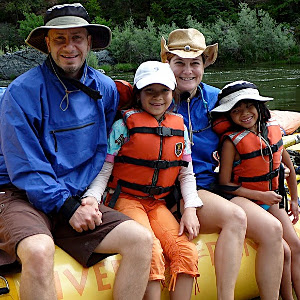 Marty Sochet and River Dancers invite fathers and their children to share an unforgettable three-day wilderness experience on the Klamath River in northern California. 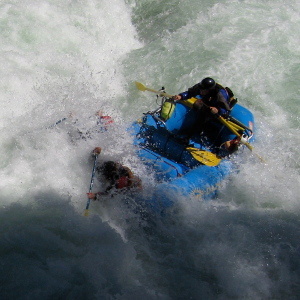 The best summer white water on the west coast. A challenging run requiring a practiced spirit of adventure! There are many lodging accommodations located in Weed, California.

We highly recommend the Inn at Mount Shasta for your accommodations before and/or after your Upper Klamath Rafting Trip.

Other options nearby are Mt. Shasta, Redding, Yreka, & Ashland in Oregon.

Tributary Whitewater Tours has been running white water rafting trips in Northern California & beyond since 1978. The company was originally founded by Dan Buckley, an integral player in the development of white water rafting in California. Dan Buckley’s love to share the excitement, wonder, and natural beauty that rivers have to offer with others lives on with the current owner, Jeremiah Copper.

Tributary continues to be an industry leader in the west coast rafting industry. We offer more rivers than any other outfitter, giving us the ability to accommodate younger kids down to ages 4 (thru our own experience as parents). Our team is one a kind, and everyone in our staff, from guides, to drivers, to the folks answering the phones – we all have a passion for what we do.

The rivers call to us for different reasons, be that extreme white water, fishing, enjoying nature or just experiencing new things & places. There is magic in every river trip. For some, you may first see a bald eagle in flight for the first time, or maybe conquer your first Class 5 rapid. We are here to help you choose your perfect adventure, for any excitement level.