The Paraglider is one of the most useful tools you’ll unlock in Dying Light 2 Stay Human. It’s the safest way to travel from the roofs of villedor to the streets without getting yourself killed. It can also be used to travel across the city fairly quickly if you use it right. In this how-to guide for Dying Light 2, we’ll tell you everything you’ll need to know about using the Paraglider.

Are you looking for something specific? Click one of the links to jump ahead.

How to Unlock the Paraglider How to Use the Paraglider

Thankfully using the paraglider isn’t complicated at all. It’s meant to be used when you’re on a high building, and you’re trying to get to the lower ground safely. But the catch is if you wait too long to use the paraglider, one of two things will happen. The first is you won’t activate it fast enough, and you’ll hit the ground, or you’ll activate it, but you don’t have enough wind to push you, and you’ll end up hitting the ground. If you’re on a tall building and decide to do either one of those, you’ll take fall damage and could die. But if you activate it with time, you’ll begin to glide throughout the city. As you use it, your stamina bar will start to drain. So make sure you keep an eye on how much stamina you have because if you don’t, you’ll end up falling. If you want to gain speed while using the paraglider, you have to pull yourself back. You’ll know that you’ve done it right when you see your character lean back and his legs rise a bit.

How to Use Air Vents

Air vents will become your best friend when you’re gliding throughout the city. They’re relatively simple to understand too. Air vents tend to stick out like a sore thumb wherever you are, so they’re hard to miss. You’ll see a strong wave of air being shot up into the sky. Air vents can be spotted on roofs, or if you’re on the streets, being shot out of the ground. If you fly over them while gliding, they refill your stamina bar, or if you stand over one, you can use it to take off with the paraglider.

With the use of the Dying Light 2 Paraglider, the game takes the sense of momentum and verticality that has always defined the series and elevates it to completely new heights. And I mean that in both the literal and the metaphorical sense.

The Paraglider is undoubtedly among one of the best new additions in this entry, and getting your hands on it opens up a whole new way to traverse the massive open world. It is an essential component of exploration, and without it, you cannot possibly uncover most of what the map has to offer. Combine this tool with some of the best Dying Light 2 skills, and you can turn your character into an absolute Parkour machine.

So with this Paraglider guide, we’ll show you exactly how to unlock this new tool as well as how to get all of the upgrades for it. Don’t worry, and we won’t delve into any spoiler territory apart from mentioning the names of a certain quest and NPC. And when you’re done here, maybe you can go ahead and check out our guide on how to get the secret bicycle in Dying Light 2 as well. 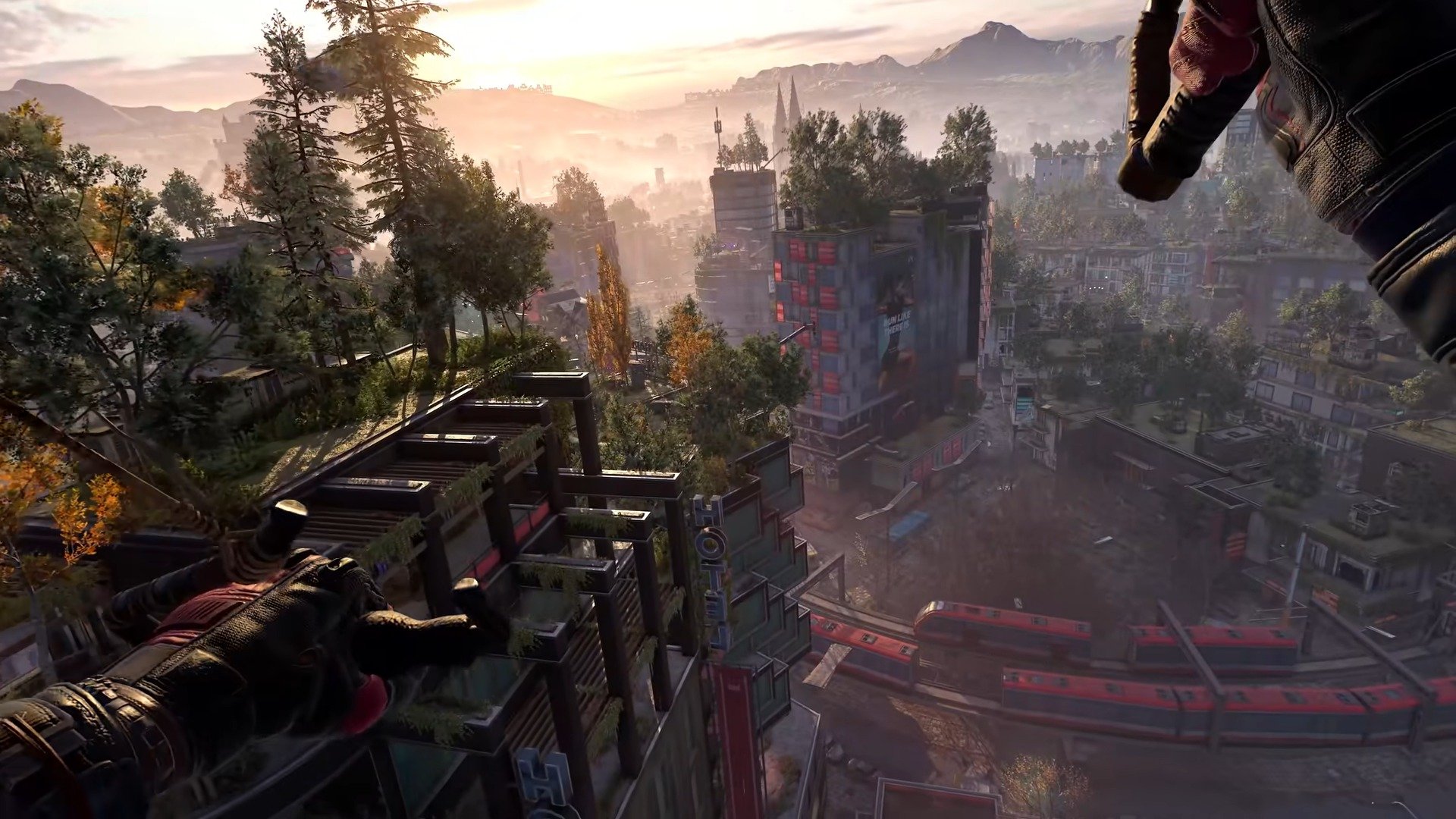 To get the Paraglider, players first have to play through a decent chunk of the story until they reach the main quest titled ‘A Place To Call Home.’ Depending on the speed at which you’re playing, this should take you a couple of hours at the least, or around a dozen or so hours if you’re stopping to do every side quest. 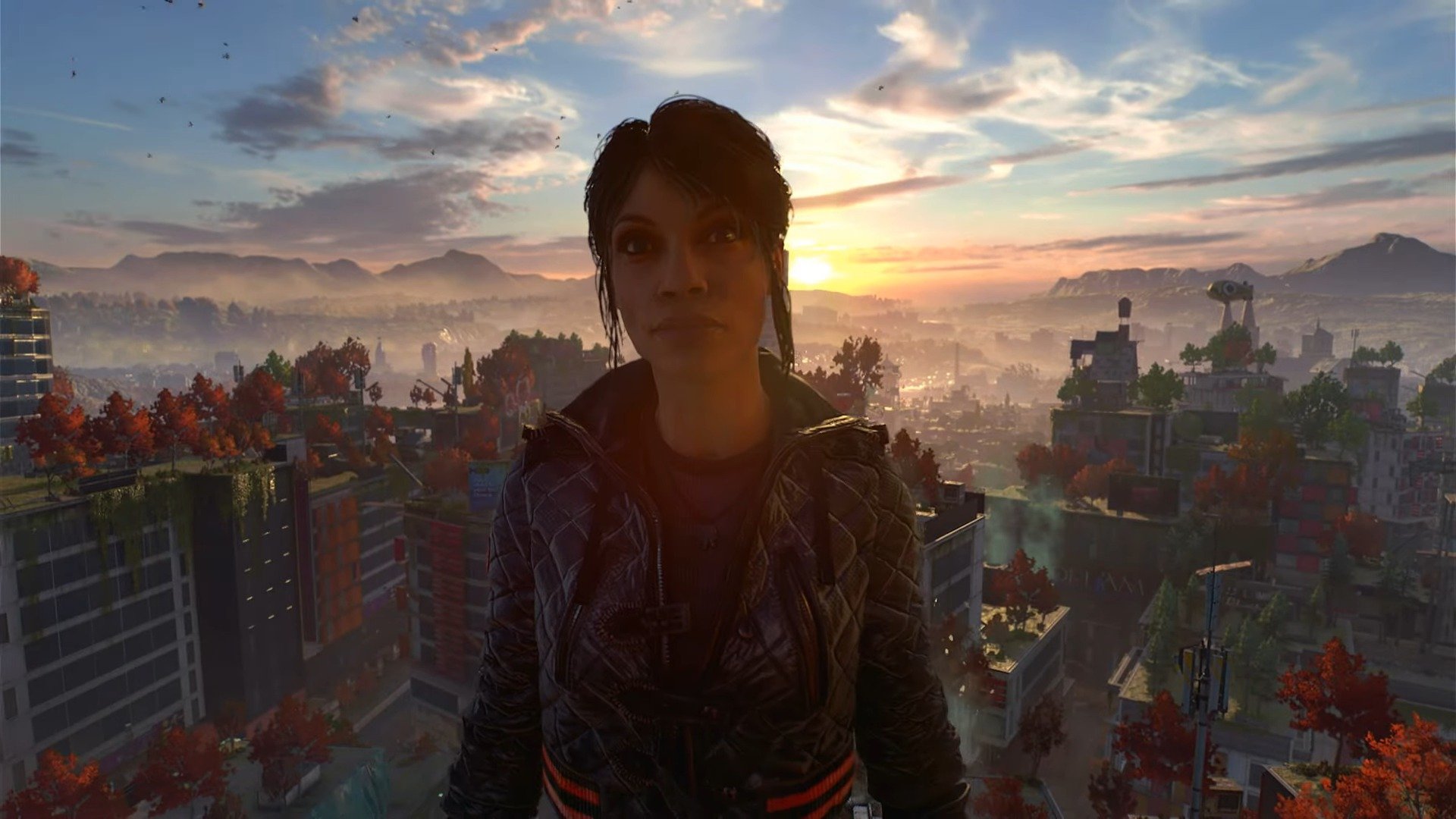 Now once you start this quest, some dialogue will take place between you and an NPC named Lawan, after which she will gift you the Paraglider. And the moment you receive this tool, a tutorial window will also pop up explaining how actually to use it. After this point, finding hidden secrets like the Dying Light 2 Korek Charm becomes much easier.

How To Upgrade Paraglider 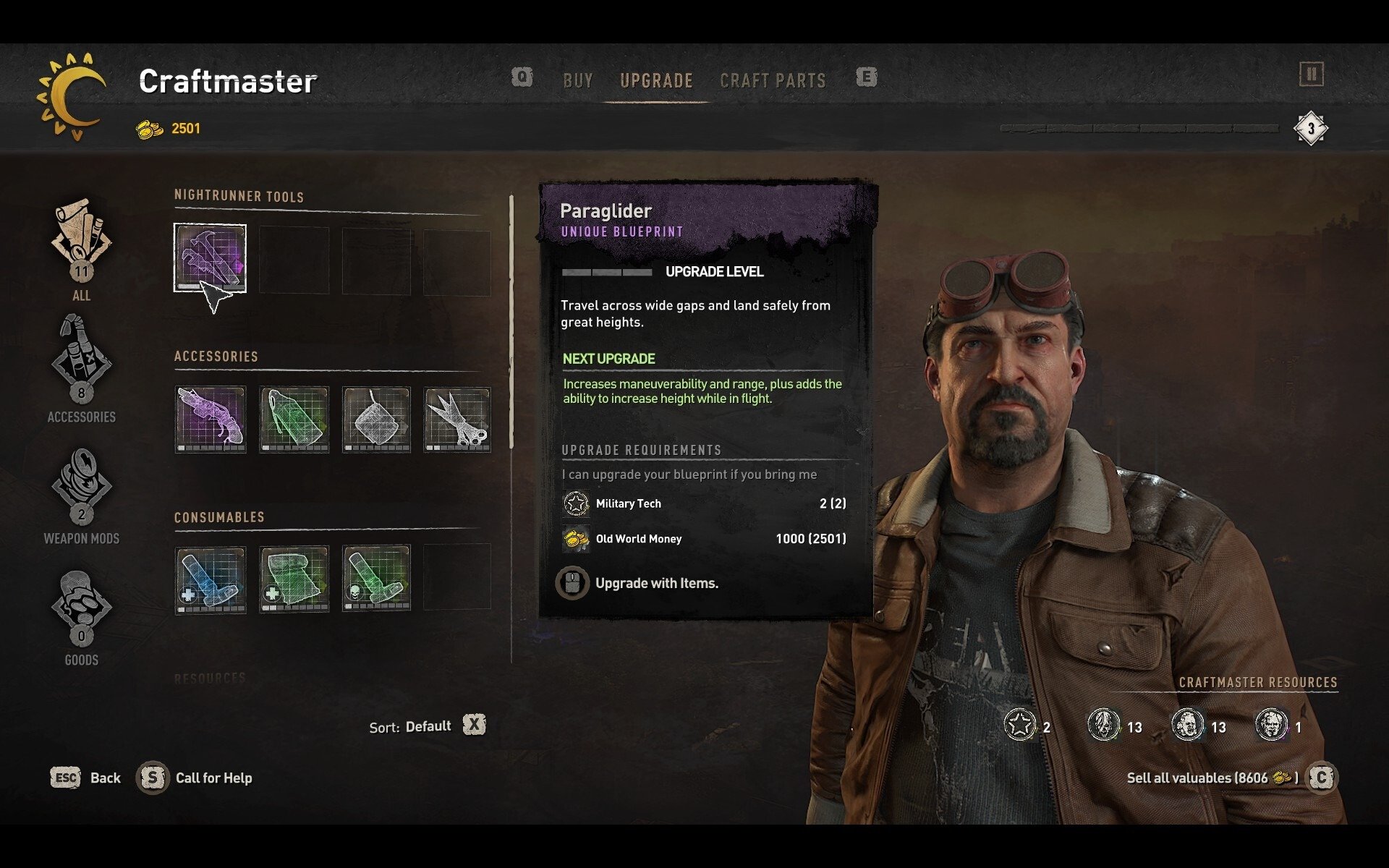 Like all other Nightrunner tools in the game, the Dying Light 2 Paraglider can be improved to enhance its already decent capabilities further. All you have to do is head to a nearby Craftmaster with the proper resources and pay them to perform the upgrades. For those who might not be aware, these are the same NPCs that sell many of the Dying Light 2’s best weapon mods.

Now, as far as the Paraglider itself is concerned, it has two different upgrades.

How To Use Paraglider 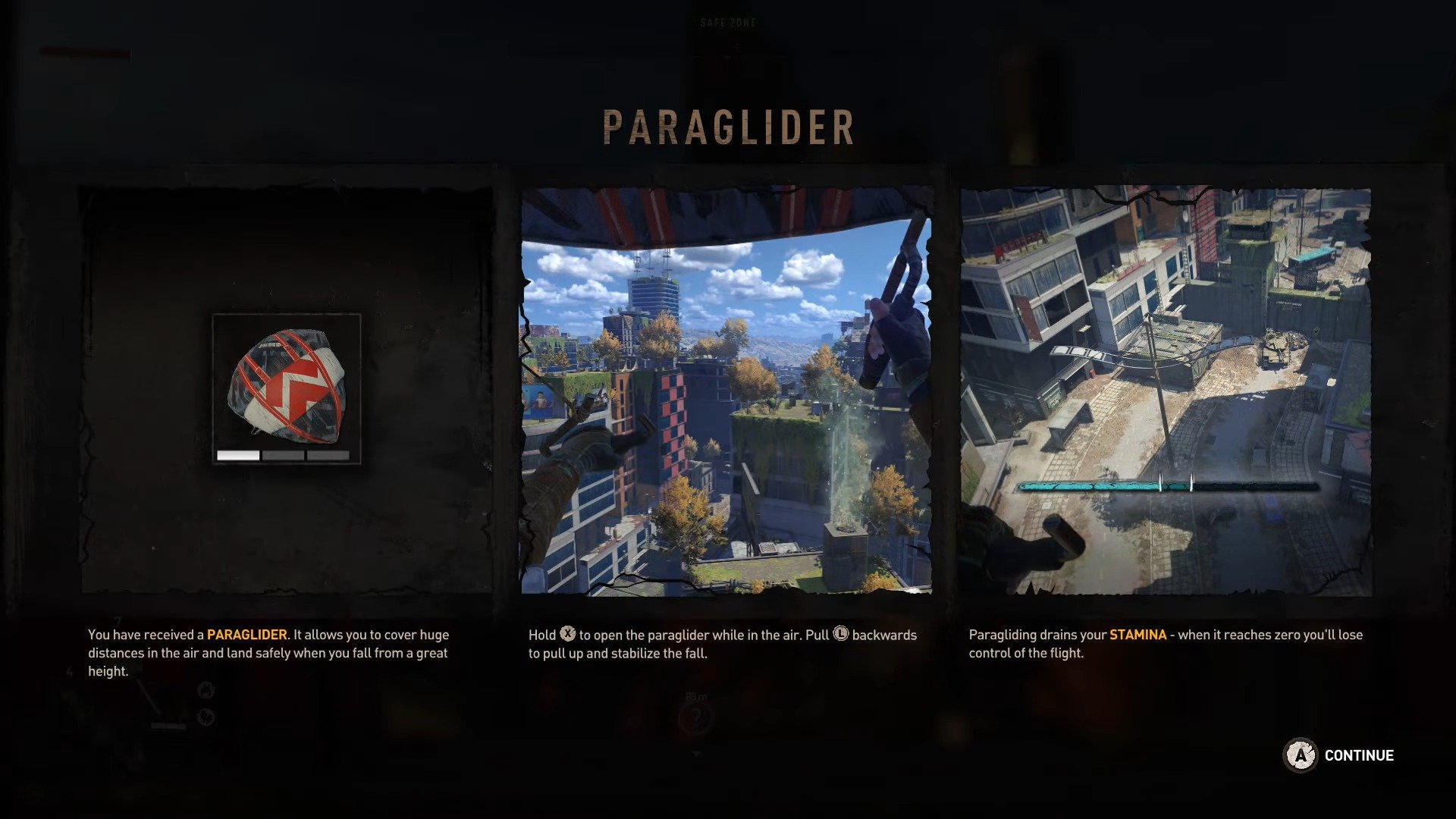 Now that you have the Paraglider in your possession, you can jump off from any tall building and press the designated button to start gliding immediately. For reference, the associated button for each platform can be seen below:

The Paraglider, however, is not a flying device, and over time your momentum and altitude will decrease alongside your stamina. To get more air time, players will have to seek out the numerous different Air Vents scattered around the open world. Flying over these will give you a massive vertical boost and instantly replenish your stamina. 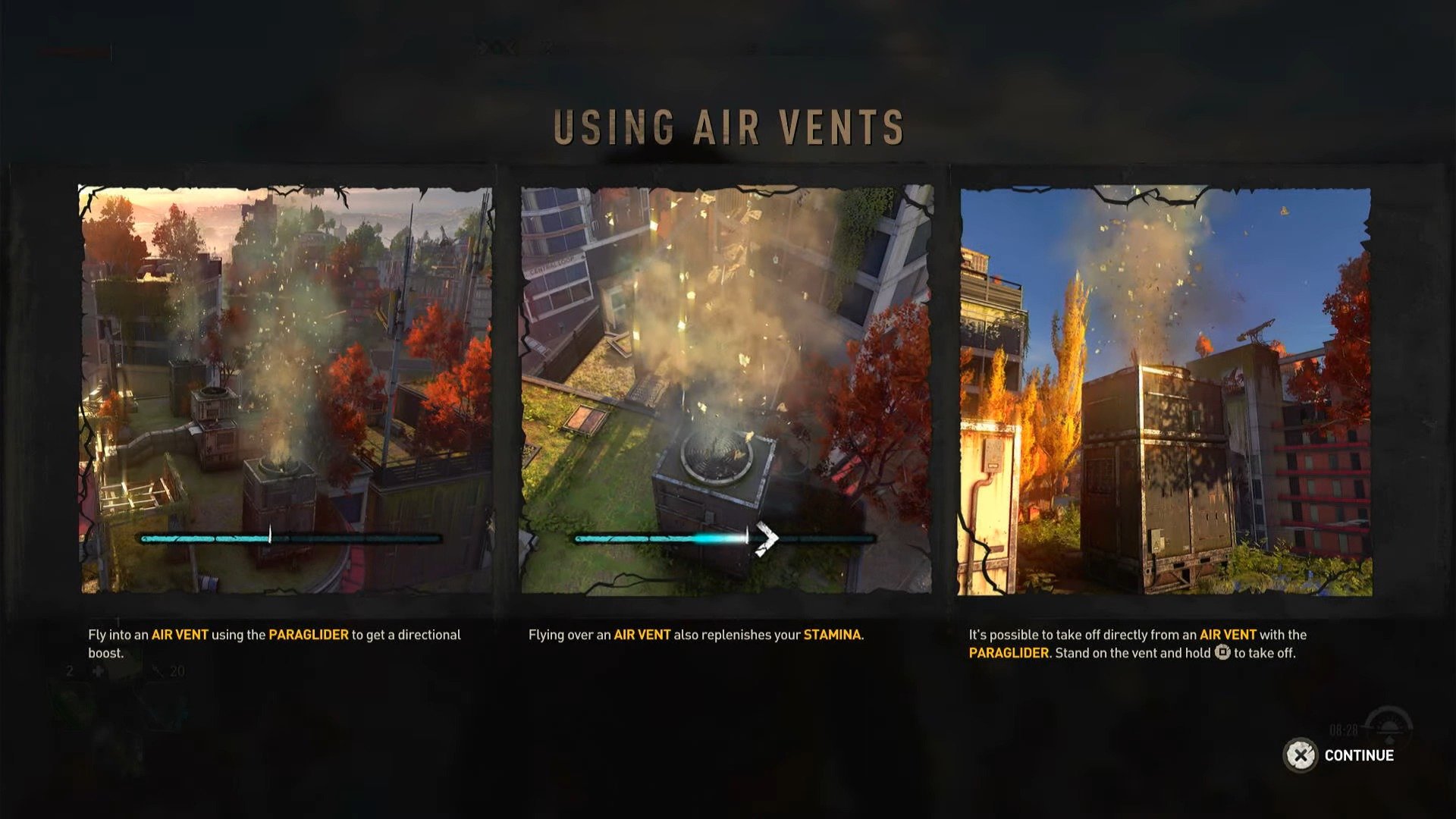 If you locate one of these Air Vents while on foot, you can also choose to stand on top of them and simply press the assigned Paragliding button to launch yourselves off of them. It’s a pretty simple mechanic, but one that allows you to stay in the air for as long as you can keep an eye out. And once you master the system, finding all the Dying light 2 inhibitor locations should be significantly easier as well.

And that’s about all there is to say about the Paraglider. It’s a phenomenal tool that gives the players a great deal of freedom in how they explore the open world, but it’s also simply really fun to use. It’s also not the coolest thing in the game by far, and the Dying Light 2 Mistress Sword Secret Weapon takes the cake when it comes to that.

How to Fix the Dying Light 2 Can’t Upgrade Paraglider Bug? Dying Light 2 is an open-world first-person survival horror action-adventure video game developed by Polish video game developer Techland and published by Techland Publishing. The game was released for Microsoft Windows, PlayStation 4, and Xbox One on April 7, 2020. Dying Light 2 is set in the city of Harran, 15 years after the events of the first game. The game’s protagonist is Aiden Caldwell, a survivor of the outbreak who has the ability to sense the presence of the infected. Aiden is contacted by the game’s antagonist, Antanasia, who offers him a cure for the infection in exchange for his help in eradicating the remaining survivors of the outbreak. The game features a dynamic day-night cycle, in which the player must avoid the infected during the day, and can use the infected to their advantage at night. The game also features a choice-based system, in which the player’s choices will affect the game’s world and story.

Dying Light 2 was released to positive reviews, with critics praising the game’s graphics, gameplay, and choice-based system. However, the game was also met with some criticism, primarily for its technical issues. One of the technical issues that have been plaguing the game is the “Can’t Upgrade Paraglider” bug. This bug prevents the player from upgrading their paraglider, which is necessary for progress in the game.

There are several possible reasons for the “Can’t upgrade paraglider” bug in Dying Light 2.

One possibility is that the game’s files are corrupt. This can happen if the game was not properly installed, or if the files were damaged during the installation process.

Lastly, this bug may also be caused by a conflict with another game or program on your computer. If you have any other programs running in the background, try closing them to see if that fixes the issue.

How to Fix the “Can’t Upgrade Paraglider” Bug in Dying Light 2?

If you’re having trouble upgrading your paraglider in dying light 2, don’t worry! There is a simple workaround that you can use to get the job done.

Fortunately, there are some workarounds that can be used to fix the bug. One workaround is to delete the “paraglider.pak” file from the game’s installation directory. This will reset the paraglider and will allow the player to upgrade it.

Another workaround is to use the “Skip Intro” mod. This mod will skip the cutscene that is associated with the paraglider and will allow the player to proceed directly to the game’s main menu. Once at the main menu, the player can then select the “Upgrade Paraglider” option and will be able to upgrade their paraglider. There are also some mods that can be used to fix the Can’t Upgrade Paraglider bug.

The “Dying Light 2 Fix” mod is one such mod. This mod fixes a number of bugs, including the Can’t Upgrade Paraglider bug.

The “Can’t upgrade paraglider” bug in Dying Light 2 can be frustrating, but there are a few things you can try to fix it. If all else fails, you may need to wait for a patch from the developers.